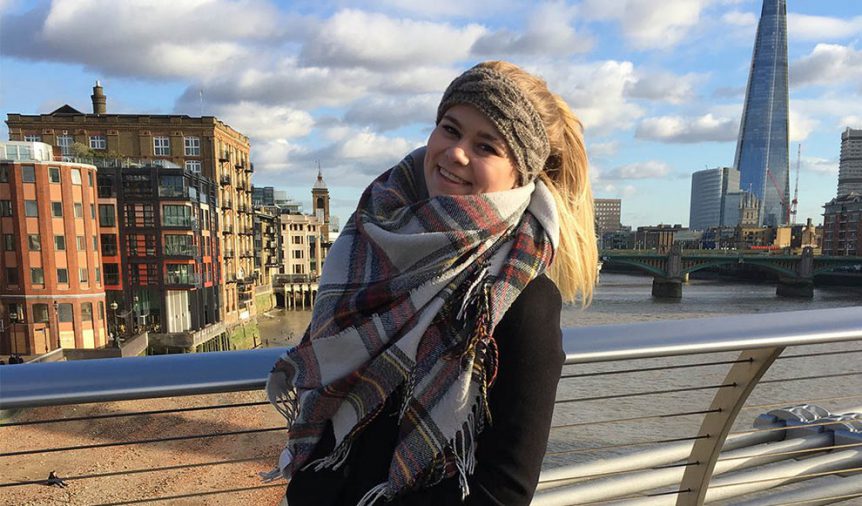 Expanding your knowledge, improving your English language skills, and thereby discovering one of the most exciting European metropolises? What an opportunity! One that our commercial apprentice Emma Thaler seized by taking part in an advanced training at the Central College London that was organized by the vocational school Kelheim. For three weeks she learned new things about the United Kingdom’s economy, culture and language. After class, Emma had enough time to discover the British capital.
Mahlo supported her project, because the machine builder trusts the words of American politician Benjamin Franklin: “An investment in knowledge always pays the best interest.”

Welcome to the UK!

On 24 November 2017, my three week journey to London started. The preceding days, when packing my bag, I was pretty nervous and excited. I was curious what would lie ahead and what kind of people I would meet. I also have never been away from home for such a long time. But as soon as a arrived at the Munich airport and boarded the plane, all nerves were gone and I just wanted to get started.

Just after we had arrived in London, we were introduced to our host families. I was extremely lucky with mine. Hardly have I met people that nice and lovable. That’s why I felt at home from the first minute on.

The following days, the other students – all from the Kelheim and Regensburg area – and I had just one thing on our list until our class began: lots and lots of sightseeing.  We walked through London all day long and visited many tourist attractions, for example the Tower of London, the Buckingham Palace and Camden Market.

When the first day at the College came, I was a little bit nervous what to expect, because I have never been to one. My nervousness was unfounded, however: our group consisted of many nice people and our teacher was also friendly. The following days and weeks therefore flew by. Due to our lessons and many interesting study trips, like a boot tour on the Thames to Greenwich or a visit to the court, we have learned a lot about England’s economy, language and culture. Our course also encompassed many presentations and a test.

Every day after class, we had enough time to discover London on our own. We did many funny things like ice skating, visiting the skyscraper The Shard (you have a stunning view of London) or the Winter Wonderland Christmas market and fairground at Hyde Park.

When we had to say our good-byes on 15 December at the airport, not one of us really wanted to leave. We had loved to stay a little bit longer but unfortunately that was not possible.

Now, that my journey is over, I can say that the three weeks passed by way to fast. London is a great city with beautiful places and interesting people. I have found many new friends and gathered experiences. For me, the trip was definitely worth it. Not just because I gained new knowledge but first and foremost because I developed myself. I can only advise everyone to seize such an opportunity when offered. And I also thank my employer that he made my extra-curricular training possible.

And I definitely will visit London again!